Turn on any TV news or radio station, visit any news web site or look what's trending on twitter and you will be greeted with conversations about the Fiscal Cliff. There are talks, interviews, speculation and arguments over the pending Fiscal Cliff issue.

I'm finding that even though it's hard to get away from information on this topic, much of the info provided assumes that we are all economists or that we've been following the many detailed topics that make up this impending situation. Now, I'm not an economist but I do have a keen interest in this and the many other topics that surround our national and world economic activities. I've followed the reports, transcripts, interviews and other news items as I've spent time this year to dig into this topic. In this post and the 5 additional ones that will follow, I'll share with you in layman's terms a high level overview of what is called the United States Fiscal Cliff. 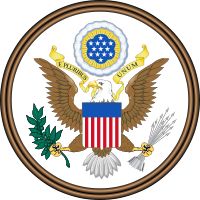 What is the Fiscal Cliff?

The term Fiscal Cliff is reported to have been introduced by our Federal Reserve Chairman Ben Bernanke in his February 2012 testimony to Congress. In reviewing the transcript from this Congressional testimony, I was not able to find the fiscal cliff statement there. That's not unusual if the statement came as a result of a question from the audience that was posed after the prepared testimony was delivered. I did find Chairman Bernanke's documented reference to this term in the June 7, 2012 Congressional testimony. What this term refers to is a financial tightening that is approaching us here in the United States based on the what is currently in written into our fiscal laws. In a simple sentence, we have laws that are currently in place, will take effect in January 2013 and when they do we will see changes to our current financial practices that will affect many Americans. Some of these changes will appear to be unfavorable for us as we will pay more federal income taxes, see reductions in the federal funds available for various social programs and we have less take-home pay as our payroll taxes increase.

The interesting thing here is that no vote is needed for the financial tightening to begin. Again, these items are already signed into law for 2013. Many of these laws are temporary financial relief measures that were put into place to help us during times of economic uncertainity. Several of these temporary financial measures are set to expire 12/31/2012 or in January 2013. The talks and debates that are ever-present in the financial news are focused on measures that should/could be taken to extend these relief policies instead of moving forward and going "over the cliff" with the US economic plans that were signed into law in earlier years. 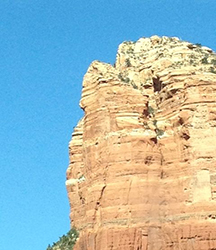 What are the specific items that could effect our personal budgets in January 2013 if no relief extension measures are taken? Wow! What a question! A simple and valid question but it has such a complicated set of answers. I've grouped the answer to this question in the following 5 broad categories:

1. Expiration of Bush Tax Cuts on 12/31/2012 - End of 12 years of increased deductions and reduced income tax rates for individuals and businesses within the United States. These tax cuts were implemented in 2001 and 2003.

2. End of the Tax Relief Act of 2010 - Additional tax relief efforts implemented by the Obama administration which included the extension of the 10 year Bush Tax Cuts of 2001 and 2003.

3. Expiration of items in the American Recovery and Reinvestment Act of 2009 - This was known as the Stimulus or Recovery Act that was implemented during the US recession of 2007 - 2009. Expiration and changes of certain measures of this package will take place in 2013.

4. Introduction of mandatory federal spending cuts as dictated by the Budget Control Act of 2011 - These are federal spending cuts that were agreed upon as a part of the debt ceiling deal in August 2011. This measure was written into law to move toward reducing our federal debt and as a counter measure to increasing the debt ceiling and preventing a governmental shutdown. These spending cuts are referenced as federal budget sequestration. We see this term a lot in the news.

5. Introduction of additional individual taxes and business fees as dictated by the Affordable Care Act (Obamacare).

As with this post, audio will be available for your convenience. To reference the audio broadcast, click the words "Click here to listen" below the headphone icon at the top of this and all Money reVerse blog posts.

Looking forward to your comments on this topic. Let me hear from you! 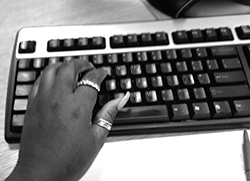